What is IPv4 (Internet Protocol Version 4)?

IPv4 is the most widely deployed Internet protocol used to connect devices to the Internet. IPv4 uses a 32-bitaddress scheme allowing for a total of 2^32 addresses (just over 4 billion addresses).  With the growth of the Internet it is expected that the number of unused IPv4 addresses will eventually run out because every device — including computers, smartphones and game consoles — that connects to the Internet requires an address.

What is IPV6 (Internet Protocol Version 6):

In order to communicate over the Internet, computers and other devices must have sender and receiver addresses. These numeric addresses are known as Internet Protocol addresses. As the Internet and the number of people using it grows exponentially, so does the need for IP addresses.

IPv6 is a standard developed by the Internet Engineering Task Force, an organization that develops Internet technologies. The IETF, anticipating the need for more IP addresses, created IPv6 to accommodate the growing number of users and devices accessing the Internet.

IPv6 allows more users and devices to communicate on the Internet by using bigger numbers to create IP addresses. Under IPv4, every IP address is 32 bits long, which allows 4.3 billion unique addresses. An example IPv4 address is: 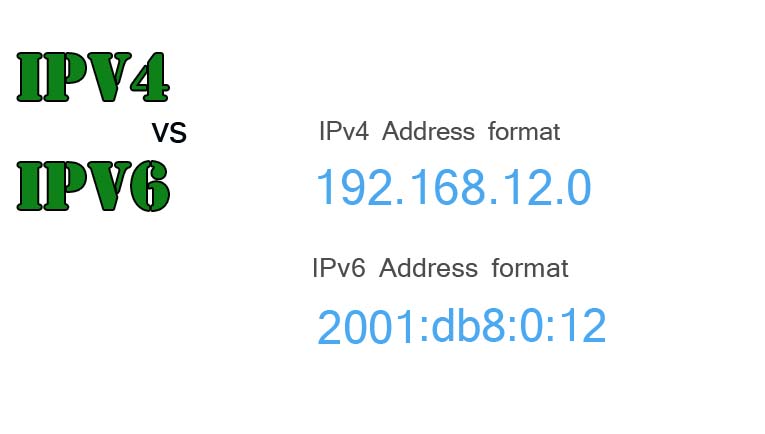 Also IPv6 reduces the size of routing tables and makes routing more efficient and hierarchical. IPv6 allows ISPs to aggregate the prefixes of their customers’ networks into a single prefix and announce this one prefix to the IPv6 Internet. In addition, in IPv6 networks, fragmentation is handled by the source device, rather than the router, using a protocol for discovery of the path’s maximum transmission unit (MTU).